The theory of evolution by natural selection, first formulated in Darwin’s book “On the Origin of Species” in 1859, is the process by which organisms change over time as a result of changes in heritable physical or behavioral traits.

Charles Robert Darwin was an English naturalist, geologist and biologist, best known for his contributions to the science of evolution.

According to Brian Richmond, curator of human origins at the American Museum of Natural History in New York City, the theory has two main points.

All life on Earth is connected and related to each other, and this diversity of life is a product of modifications of populations by natural selection, where some traits were favored and the environment over others.

Title page of the first edition of On the Origin of Species.

Two specific strengths of Darwin’s theory of evolution are generally agreed upon:

1-Species adapt to a change in environment. This is called microevolution.

2-There is a similarity in the DNA across species (called homology).

Weaknesses are raised about three issues:

1-Limitations of the chemical origin of life data to explain the origin of DNA.

2-Limitations of mutation and natural selection theories to address the irreducible complexity of the cell.

3-Limitations of transitional species data to account for the multitude of changes involved in the transition. 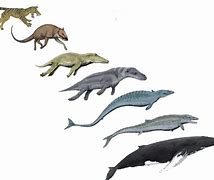 In the first edition of “On the Origin of Species” in 1859, Charles Darwin speculated about how natural selection could cause a land mammal to turn into a whale. As a hypothetical example, Darwin used North American black bears, which were known to catch insects by swimming in the water with their mouths open:

“I can see no difficulty in a race of bears being rendered, by natural selection, more aquatic in their structure and habits, with larger and larger mouths, till a creature was produced as monstrous as a whale,” he speculated.

Scientists now know that Darwin had the right idea but the wrong animal. Instead of looking at bears, he should have instead been looking at cows and hippopotamuses.

Natural selection can change a species in small ways, causing a population to change color or size throughout several generations. This is called “microevolution.”

But natural selection is also capable of much more. Given enough time and enough accumulated changes, natural selection can create entirely new species, known as “macroevolution.” It can turn dinosaurs into birds, amphibious mammals into whales, and the ancestors of apes into humans.

As new theories emerge that explain the origin of life, the inevitable emotional accusations of heresy and ignorance are not surprising in a period of the scientific revolution. It is therefore time to sharpen the minds of students, biologists, and physicians for the possibility of a new paradigm.

Zebrafish: Why Use the Zebrafish in Research?

The Secret of the X Chromosome, Learn It