Digital Kurdistan should be the motto of the government.

The Kurdistan administration has succeeded in establishing many institutions during the period of “stability” that lasted for approximately 15 years. The process of returning to the “regular army” of the Peshmerga, who fought with the Iraqi army for many years with popular war and guerrilla tactics, continues. The insurgents made a transition to “voluntary mercenary service” in an environment of freedom. Especially with the armament, equipment, and training support of the USA and other Western allies, the “Peshmerga” forces were organized as a “regular army”. “Peshmerga” forces mainly work in the field as “land forces”.

As a result of the formation of the parliament, the redesign of municipalities and governorships, and the efforts of the current governments, the Kurdistan region has almost formed all the institutions of the “nation-state”.

Although this whole “Kurdish Spring” process has unfortunately turned into a “black spring” for a few years after the “Independence” referendum, a recovery process has been going on again for the last two years.

Established a new dialogue with the Iraqi central government, again continued improvement of relations with Turkey and other countries in the region, “diplomatic” initiatives lead to positive results recently.

The governments of the Kurdistan region, in the stable period of development and economy, sadly, imitated the “Arab Models” and turned to construction-oriented investments.

Industrial production was neglected due to insufficient energy, and agriculture did not receive the necessary attention despite intensive incentives.

Developments in the field of tourism have not reached the desired level due to border debates, the Kirkuk issue, and the fight against ISIS terrorism. 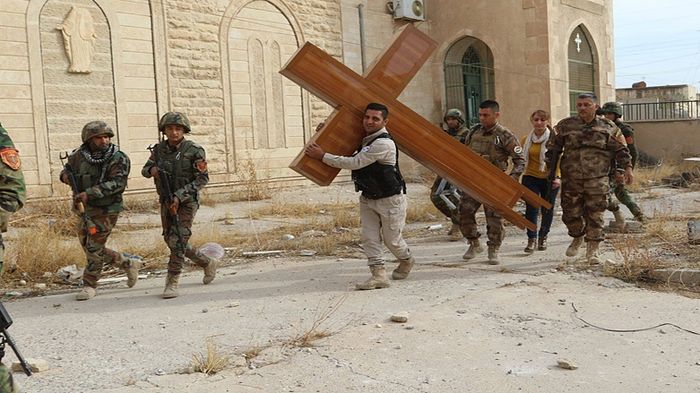 The “import-dependent” and unproductive economic structure, which is the sine qua non of “Arab Models”, continues today.

The Kurdistan Region, which has rich oil and natural gas resources, cannot be used efficiently due to disputes with the Iraqi Central Governments and other internal problems. But throughout this whole process, in terms of finance, the Kurdistan Region has been “drowned in the money”, so to speak.

So how were these money put into circulation? ..

Perhaps the most “unsuccessful” issue for the Kurdistan administrations has been the inability to establish a “financial” structure in the economy.

Turkey banks, some Arab banks, and UK banks despite intense competition to grab a pie into the “banking sector”, which is the main feature of “investment” have not taken any steps regarding financing.

While foreign banks were more interested in money transfers, local banks functioned as “storing money” rather than banking.

Local banks usually consist of a single branch, and they evoke banks in America’s cowboy movies.

America preferred to make its extremely generous aid by planes and helicopters, leading to an interesting financial transfer.

The economy still operates entirely in the form of cash.

Especially almost all coaches coming to Turkey “stagecoach”, such as continuous as workers and even businessmen are carrying current through the driver’s earnings, so to speak in the American cowboy movies.

There are many reasons for not having a developed financial structure.

Kurdistan Regional Government is in practice a “secular” form of government despite its “religious motives”. But here again, the “anti-interest” approach that both the administrators and the Kurds living here learned from the Arabs should be seen as the biggest problem of the banking sector. Interest-free banking is preferred by Arabs in rich Arab countries. But these rich Arab states put their billions of dollars into international circulation through “funds” and foreign banks. “Anti-interest rate” causes Kurds to keep their money under the mattress as gold and dollars.

What is Interest-Free Banking

The banking system where interests are not used. In this system, banks do not offer a fixed rate of return on deposits and do not charge interest on loans.

Many feel quite strongly about the idea of interest-free banking and this common bond goes a long way towards encouraging good behavior. Personal guarantors rarely need to be asked to make good on their guarantee. At the simplest level, a bank takes one person’s savings and lends them to someone else.

During the “real estate frenzy” a significant portion of the money was invested in buildings, the rest was spent on luxury cars and consumption.

Local banks do not pay interest and also receive a commission from their customers as they store the money in their warehouses.

In other words, the 500-year-old capitalist finance model is reversed here.

Another important point is that there are no “credit cards” or “debit cards” and ATMs since there is no “digital banking” system and as a result, “POS devices” are not used in daily life.

The Kurdistan Region estimates that it has recoverable reserves of at least 45 billion barrels of oil and 5.66 trillion cubic meters of gas. (Photo: Archive)

The Kurdistan region has to develop the banking sector urgently to integrate with the world, to develop its trade, and to utilize the savings of its people.

As in state-owned banks in Turkey, for example, Kurdistan Regional Government must also be spearheading the establishment of Kurdistan powerful banks.

“Digital banking” infrastructure should be established and internet banking should be put into use.

So how do these people get their money?

If they do not have accounts at the Turkish banks in Kurdistan, “currency exchange offices” are coming into play thanks to their familiars from Silopi and Cizre (Kurdish cities on the border of Kurdistan Region-Turkey)

Here, things are based on friendship and kinship relationships. Kurds in the Kurdistan region are giving dollars to the Kurdish citizens of Turkey. The Kurds in Turkey side are sending money to those who need this money in Istanbul or Ankara.

But the problem persists

Let’s say the money must come from Cizre or Silopi to Ankara. For this, a Turkish bank account number is required. Tourist Kurds need a Turkish citizen. They can get their money with his account information, but we have to state that there are a lot of problems in practice and that many people are “victims” in this process. Besides, exchange kiosks and other intermediaries receive “astronomical” commissions.

Why did I extend this issue…

If we take the Turkey side problem as a template, Turkish citizens who visit the Kurdistan region are facing the same problem.

Since there is no strong banking sector, foreign banks in Kurdistan are officially pursuing “robbery” in money transfers. They charge incredible commissions even for money transfers.

If the Kurdistan administration wants to attract “foreign investors”, it must immediately put “digital banking” on its agenda in Kurdistan.

It is time for local investors to discover the “credit” opportunities of the banking sector.

So, as I mentioned at the beginning of my article the “Digital Kurdistan” should be the motto of the government.

By the way, the business of the banking sector is with money, but what “currency?”

In the next article, I will continue with money currency …

An Overview of the Kurdistan Region's Economy: Shortcomings and Opportunities