How Researchers Exploit the Weaknesses of Cancer Cells?

Exploit the Weaknesses of Cancer can be significant therapy. Scientists from the University of Copenhagen have identified how MCM proteins make sure that DNA replication continues at the right speed.

During the organism’s lifetime, many of the cells that make up the body age and die. These cells must be replaced so that the body can continue functioning optimally. The process by which a cell reproduces to create two identical copies of itself is known as mitosis. Mitosis aims for the formation of two identical cells from a single parent cell. The cells formed are known as daughter cells.

For this to happen, the genetic material, the DNA in chromosomes, must be faithfully copied. This occurs via a process known as DNA replication. Here, many molecules have to work together in order to assemble two new, identical DNA strings. 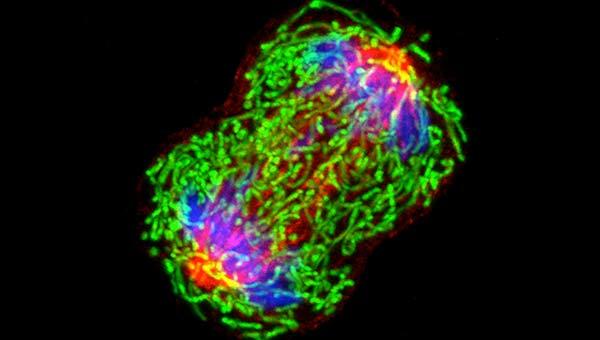 Writing for a leading international journal Nature, scientists from the University of Copenhagen have identified how MCM proteins make sure that DNA replication continues at the right speed and therefore prevents unwanted molecular collisions, which could cause damage to their genomes.

Even more notably, the new findings explain how mother cells manage to instruct their daughters to keep the pace of their DNA replication within physiological limits. In simple terms, the new findings uncovered nothing less than how an essential skill required for life continuation is preserved in the cell’s memory.

“We have quite many of these MCM proteins inside our cells. We can see them in the microscope, but for decades, scientists did not know what the vast majority of them actually do. From an evolutionary standpoint, it did not make sense to maintain a huge surplus of proteins only as a backup, with no other important function. We have now solved this “MCM paradox” by finding that all those many MCM proteins in our cells actually have a defined function.”

Exploit the Weaknesses of Cancer

‘These new results show that most of MCM proteins work a bit like speed bumps on a busy street. If they were not there, the traffic would go too fast and accidents could easily happen. Our study shows that the same thing happens in the cell: If the newly born MCM proteins cannot be passed by other cells on to their daughters, DNA is replicated too quickly, and this can be fatal for the cell. Just like a car, the DNA replication engine loses its maneuverability when it goes too fast’,

According to the researchers, their results may probably help manipulate the shortcomings of cancer cells.

“During our work, we have also found that the young MCM proteins require a ‘molecular babysitter’ (a protein called MCMBP), which protects them and escorts them to DNA, where they can be useful. Without such protection, molecular roadblocks that slow down DNA replication cannot be made. While DNA in normal cell can be viewed as a nice new highway that allows reasonably fast speed, DNA in cancer cells is riddled by ‘potholes’, where every fast car (or a molecular motor that replicates DNA) is bound to crash. Based on our new findings, we are currently testing the idea that genetic of pharmacological removal of the MCMBP, and the resulting high speed of DNA replication, can be tolerated by normal cells but lethal to cancer cells”

The research team managed to map the proteins and find their function using a variety of high-tech equipment such as CRISPR-Cas9 and HaloTag. Using 4D imaging, they were then able to label native MCM proteins and observe how they are born in the mother cells, how they are inherited by their daughters, and how their functions are changed in the absence of MCMBP the ‘MCM babysitter’.